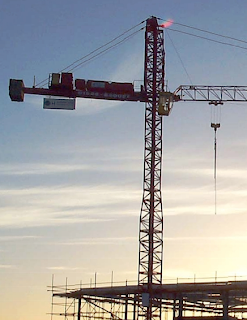 Bob Brennan Sr. passed away last night in Brooklyn at the age of 83. Today a big part of my heart is missing, for I will miss Bob forever until the day I die.

Below is a story I wrote about 6 years ago, I am re-publishing it today in Bob's honor...

The greatest storyteller Brooklyn has ever known is my friend Bob Brennan. At 78, Bob is a Brooklyn original you know. From sneaking into Brooklyn Dodger games at Ebbetts field to climbing the wall outside Kings County Hospital to see a live autopsy. Bob just always had what seemed like a novels worth of stories to tell at any given moment.

“Oh, do I have a good one for you Ronnie” said Bob. “You know my brother Joey wasn’t one for doctors, and one day he hurts his arm real bad playing baseball down on Brooklyn Avenue. So after about a week he goes to the doctor. Well, he comes home with a cast on his arm, and there’s my brother going crazy every night with this cast. Its itchy as all hell, he’s sticking wire hangers, ice cream sticks, almost anything he can find to shove up the cast and scratch himself. Well, finally after six weeks he goes to the doctor to get it off. So when the doctor takes a small hammer and cracks it open, “Bang!”. He breaks open the cast and hundreds of roaches come running out.
The doctor gets up and runs the hell out of the room.
And there’s my brother just sitting there screaming with
all these roaches all over him”.

Besides being a wonderful storyteller, in many ways I felt like Bob was the Dad I never had also. When my dad died when I was seven many of the fathers on the block pitched in to either show me how to hold a hockey stick or catch a hardball. And of course Bob had the best arm on the block, he was even called for a tryout for the New York Giants Baseball team before he was drafted and went to Korea. So there I am just standing in front of my driveway at 399 East 4th with my new Rawlings mitt. “OK Bob, I’m ready”. With the gracefulness of a pro-ball player, Bob throws the hardball towards me. Like a streak of white it flies through the air crossing East 4th and hits the newly oiled palm of my glove, “snap”. I just stood there with my fingers and hand feeling like they got run over by the B35 bus on Church Avenue. “You OK, Ronnie?” Too embarrassed to say no, or even cry in pain. I dug the ball out of my oil soaked glove and threw it back to Bob. With the gracefulness of the “Tin Man” before he got oiled, the ball flies through the air, totally missing Bob’s glove. It ricochets off the hood of a 70 Plymouth Duster and lands in “Frank form Italy’s” tomato garden. Instead of laughing or being upset, Bob just retrieves the ball from the tomato garden. He walks over to me, “OK, now I’m going to show you how to throw the ball”. Yeah, that was Bob.

You have to understand that Bob’s stories and his personality were almost medicinal too. In some of the darkest days of my life I could always count on Bob to help me forget my pain. All without him ever knowing that he was doing just that.

After my little sister died at 33, I had to go to Kings County Hospital and identify her body. Without a moments hesitation I asked Bob if he could come with me. And without any hesitation on his part he just said “yes”. “Hey Ronnie, did I ever tell you about the time me and my brothers climbed the wall outside the morgue wing to watch them do an autopsy?.” Although I heard it before, I would rarely say yes, and especially not today. “No Bob I haven’t.
When I had to pick out a casket for my sister the next day at Pitta’s on McDonald Avenue. There was Bob with me in the “showroom” down in their basement. “Hey Ronnie, did I ever tell you the time I was at a funeral over at Cypress Hills Cemetery?” The ground is totally covered with ice, and here’s these two guys pulling the casket up a steep hill. Well one of the guy’s falls and the casket comes sliding down the hill like a toboggan at Prospect Park. It hits a tree and the stiff comes flying out of the casket". "What a mess I tell you”.

The Casket cost me fourteen hundred dollars,
but the therapy was free.

And the stories went on and on, from a baby eaten to death by rats in Brownsville when Bob was a kid. To the midget that fixed his oil tank in his basement, because he was small enough to fit inside it to do the repair work. Yeah, Brooklyn through and through, that’s Bob.

You better believe that Bob was one of the first people I saw after 9/11 too. Bob was a tower crane operator and worked on the World Trade Center back in the early 70’s. He used to tell me stories about sitting up in the cab some 110 stories up in the sky. “With the wind blowing it felt like you were on a ship, just rocking back and forth.” Bob pulled a lot of steel from the street to help build those buildings. And on 9/12 there I was, just sitting at his kitchen table. Looking at old photos of him standing on the roof of Tower 2 while the building was still a skeletal frame.

In many ways I feel bad that everyone doesn’t have a “Bob Brennan” in their life. Or maybe the entire Brennan family for that fact. There certainly would be a lot more laughing and less prescriptions being filled out at “Walgreen’s”. Yeah, that was my anti-depressant, a quick trip to 422 East 4th.

The other day my company was splashed across the business section in the “Wall Street Journal” another 2500 layoffs in 2008. So what’s a grown man to do? worry you say? No, just call Bob Brennan for that quick pick me up. “Hey Ronnie, did I ever tell you about the wedding I went to, here’s this guy standing over the bar like this. He has his eyes closed and just looks real stiff. When his wife tries to grab his arm, he’s cold as ice. This guys dead, standing up right over the bar, looking at his martini”.

Yeah, the greatest storyteller I have ever known lives on my block, and his name is Bob Brennan, and I’m proud to call him my friend.

Ron Lopez
(Sometimes the truth is stranger than fiction.)
Posted by Ron Lopez at 10:29 AM 3 comments: Back when I was a kid growing up in Kensington you rarely saw a parent taking a kid on the subway at eight in the morning. And if you did, is was probably for a doctor’s visit down on Clinton Street, or a day off to see the Christmas Tree at Rockefeller Center. No, no trains here, we just walked up our block and made the right on Avenue C. Our loyal institution of learning was just that close,
and that was “too close”.

Oh, public school 179, how I hated seeing you from my front window each and every day. With your two gigantic smoke stacks rising high in the sky there was no way I could miss you, even on the weekends. And on those dark winter mornings you were there too, the classroom lights just turning on before my little blue eyes. Flick, flick, flick, “yes we’re open for business”, “see you soon!”. Oh, and lets not forget to say the “Pledge of Allegiance” an hour and a half before we said it again in class. There was that little tiny figure again standing on the roof of the school, raising the “Stars and Stripes” on that tall white flag pole.

Sometimes I even used my binoculars to see if it was one of my teachers trying to send me a message. But my best instincts told me it was just the maintenance man. Forget Pre-school, Pre-K, or Special-K, it was kindergarten when you were five years old and nothing else.

My cousin Pete and brother Joseph were the first to fall victim to the giant “Monster of Grout” on Avenue C. But Pete’s first day had to be the most memorable. There he was just holding on to the dark green enamel pole in the gym for dear life. My Aunt Dolores and Uncle Pete trying to un-lock his tiny arms that were wrapped tightly around it.

At some point according to history my Uncle lifted my cousin up by his "Buster Browns" and held him horizontally trying to pull him off the pole. My cousin did loose a valiant battle that day, his little hands succumbing to the strength of two massive adults. But not before he scratched off some lead based paint from the green pole.

And me? well I had a whole year to absorb all the horror stories about your “first day”, and the nightmare called “kindergarten”. The strange kids, the white paste, ice cream sticks, and the dreaded colored construction paper. Yes, my “Castle of my discontentment” was right there before me, and I saw it every day.

And forget any “gifted programs” at 179 back in 1963; no, you were just ranked by your class number. The low digits meant you were smart, i.e.; 4-1, 4-2. While the high numbers meant you better start learning how to mix concrete, because you weren’t going to law school any time soon. But kindergarten was still a mixed bag, where they proudly paired the lawyers and the plumbers of tomorrow all in the same room.

And that’s when I started to cry. My first day of kindergarten and I was already being mocked. I tried to stay calm but then suddenly I felt rage building inside of me, just wanting to glue that kids face with some construction paper and white paste.

“Ronnie, just remember the first day is always the hardest”,

I could hear my mom's voice from deep inside my head,
she always calmed me down when I was about get angry.

So I put down the glue and just walked away.

Well, the days turned to weeks, the weeks to months, the months to years. Junior High, High School, College. And the days at P.S. 179 just became a distant memory of my childhood.

It’s strange but I still see the giant smoke stacks of P.S. 179 from my front window, and my son passes it almost every day on his way to school in Bay Ridge. I wish going to school for him was as easy as it was when I was a kid. Just a walk up the block and then a right on Avenue C. But that’s just another story for another day.

But maybe some things really don’t change; every September when school starts my son Andres gets very nervous about the new school year. I just try to remind him that “the first day is always the hardest” and if he ever gets mad, just “put down the glue and
walk away”.

The truth is my "Castle of Discontentment" actually became my "Castle of Enchantment". And I still smile like I did in my kindergarten class photo each and every day when I pass P.S. 179, never forgetting my first day.
(I am second row, second from left)