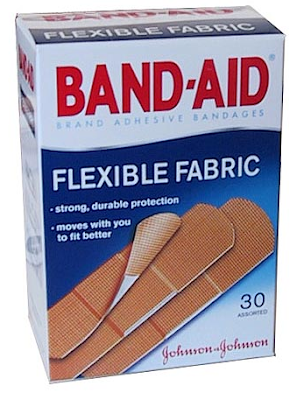 It was a typical, quiet, summer night in the neighborhood, circa 1972. It was getting around the time to go meet "Red" (Greg Lombardi) up at the East 2nd Street & Church Avenue Carvel ice cream store, right across the street from Barton's Candy & Card store. It was almost quitting time for Red and Steven Marshack. It was about the time when Red and Steve would be doing their darndest to scrub down the countertops, mop the floors and hand wipe all the glass display counters.

They'd try to get it all done as fast as possible, so we could get the heck out of there and go hangout with the rest of the boys on Avenue C. If they could clean up fast enough, we'd be able to stop in to Scarola's and get some cold antipasto (since their Italian kitchen was closing up too, at that time of night) or maybe to the Liberty Diner for Burger Deluxes and Fries with brown gravy, before heading to the "corner" (Avenue C & McDonald).

Usually, Josh (Seff) and I would go meet Red around closing time to get him and the rest of the Carvel crew to hurry up and close the place for the night. Sometimes Ronnie Spiegel, Joey Mattera and Sal Congemi would come too.

"Steve! You look like a fuck'in pussy with that mop in your hands!"

You know, just a little chop/ball busting between friends!

Well, we would heckle the shit out of these guys, while they were busting their balls to get the place ready for closing. They had to clean all the soft ice-cream machines every night before they locked up. It took about an hour or so to do just that. Josh and I would lean on the counter like a couple of pigeons on a ledge, our heads darting back and forth spewing wise cracks at the expense of our "working" buddies behind the counter and laughing our asses off at each
other's jokes.

Every now and then, some shmuck, a last minute customer would come in because the front door wasn't locked and the "closed sign" wasn't hung up yet or the poor bastard outside would just tap on the big glass windows and beg for the guys to let them in, so they could satisfy a craving for a vanilla cone.

This kind of interruption would just serve to keep us all there a little longer then we wanted. I have to say that Red and Steve were pretty good at being cold-hearted bastards and didn't mind waving away the last minute, desperate customers (I'm glad I didn't own that place)! It was like they were the Wizard of Oz when Dorothy and her pals got to the Emerald City. "Go away! We're closed! Come back tomorrow!" "Bring me the broom stick...” you know how it goes.

This was just the scene one night, except I was without Josh,
my usual partner. It was a night that I'll never forget....
nor will Red and Steve!

I took up my usual post, leaning on the front counter and in comes one of those last minute customers...or so I thought. A real dickey looking guy with a couple of fat band-aids pasted across his nose. Red told me later that his first impression of this guy was that he felt bad for the dude and thought that maybe the guy had gotten hurt in some kind of unlucky accident or something. Typical Red. Always feeling sorry for some shitty bastard. What the heck. Red still is a helluva nice guy.

This guy plants himself to my right and he leans on the counter with his arms folded, both elbows up on the counter. He asks Red for a vanilla shake and Red apologetically explains that they only have hard ice cream left and asks him if the hard stuff would be ok for his milk shake. (Since the boys had finished their duty and cleaned the soft ice cream machines already)

The band-aid guy says, "Yeah, ok." Red bends over with the scoop to fetch the Vanilla. As he does so, the guy adds, "And give me all the money in the cash register or your friend here gets it!"

I'm thinking to myself, "What the fuck is this a-hole talking about?" So I start to turn towards the guy and he says, "Don't move!" I glance down under my right arm and I was startled to see that he's holding a gun, a black revolver, under his left armpit and it's pointed right up at my head!

Red opens the register and thought about pressing the silent alarm, installed just a week earlier, but once the cash draw opened it was near impossible to reach the button. Red took out a small, white, Carvel bag and put the money into the bag and onto the counter. It all took about 60 seconds by Red's recollection, but we agreed, it felt like an eternity! I'm glad Red didn't try to hit that silent alarm. I didn't know the alarm was there, but I recall saying something like, "Guys, don't fuck around, just give the guy his money!"

Steve comes walking out from the back of the store, where he was making those freak'in Carvel ice cream cakes and the band-aid guy says to him and Red, "And don't forget the change fund either!" Steve did as he was told and handed it over to him. Then the bandit told me to get on the other side of the counter with Red and Steve. He told us to turn around and walk to the back of the store and stay there for at least 5 minutes. He said that he'd be watching us and that he'd shoot us, if we didn't follow his instructions!

That short walk to the back of the Carvel store was scary as hell. All kinds of stuff frantically runs through your head during a time like that. Red said that he was praying over and over in his head..."Please don't shoot us, please don't shoot us." All those action movies were flashing through my head during the whole ordeal...you know, where the hero kicks the gun out of the bad guys hand or throws some incredible kung-fu kick, decks the guy and his gun flies into the air, only to land in the good guy's (my) hand. I had to keep suppressing that nonsense, since I knew that our best chance at getting out of there in one piece, was to just do what the bad guy says and get it over with.

On the other hand, in those few seconds, I was also thinking, that making a move before he starts shooting might be the only chance we had. Luckily, in those days, there wasn't a lot of the "steal and kill in cold-blood stuff" that has become more prevalent since then, so I think the basic credo was to just do what the bad guy says and you get to go home standing up. So we did. After all, what was I going to throw at him? Chocolate syrup? Sprinkles? Sear his face with hot fudge maybe? Stab him in the eye with a sugar cone? Na. No heroics.

I didn't know it then, but there was another silent alarm in route to the back of the store, under the "scoop sink" and Steve pushed it as we passed by. When we got to the back of the store and no bullets had come our way, we all breathed a huge sigh of relief and Steve told us he had pushed the alarm. We waited a few minutes, came out with our heads down and Steve pushed the alarm again and we locked the front door.

The cops got there in about 10 minutes, along with storeowner, Frank Chiarello.

Once NYPD was in the store, you could hear the chatter over their police radios, "...that the alarm at Carvel had been tripped, but it was probably by accident...!" Yeah right! Accident my ass!

It was right about this time that Red realized he had pissed his pants! Could you blame him? A few more cops arrived and one of them asked us if the perp had big band-aids on his nose. In harmony we all said, "YEAH, how did you know?" The cops told us that a guy fitting the same description had robbed the Baskin-Robbins a week earlier and that this guy had been robbing ice cream stores regularly. Thus the label, "The Band-Aid Bandit or The Ice Cream Bandit."

Red reminds me that we all went down to the 70th Pct. to look at MUG shots and we all independently picked the band-aid man's picture out. This guy (maybe) was arrested about a year later, but got off because he had a twin brother and the cops couldn't prove which one of these brothers had committed all the robberies!

Neither Red nor I recall if we ever got anything at all to eat that night, but we'll never forget the rest of that night at the Church Avenue Carvel Store!

Great story Charlie!
You have a memory for details only rivaled by Tommy "The Head" Raimondo!!
We must have been incredibly lucky or angels were watching over us.
Think about that incident or working late at the BAM parking lot filled with cash-it's amazing we weren't killed by some thug!!
We're also lucky we weren't injured or killed handling Roman Candles or M-80's on the 4th!
Just playing football and softball on the plank (McDonald & Ave. C) was dangerous enough-broken glass, rusty nails and cars speeding down the street!
Josh